The Last Debutante by Lesley Lokko 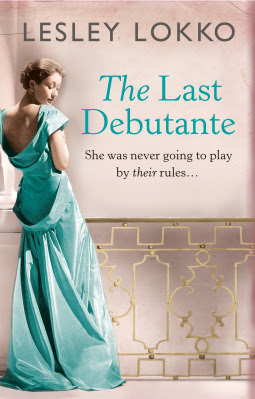 I thoroughly enjoyed this story. It spans several decades, generations and introduces cultures the reader may not be familiar with. Although there are skipped  timeslots of Kit’s life it adds to the mystery of her character.

The story begins as England is on the verge of war with Germany. We get an insight into Kit’s childhood and the personalities of her family, particularly her sister, Lily. Kit’s life is far from smooth going especially as she has to contend with the attitudes of the day following a traumatic experience.

It takes us through her young adult working life during the war and then her marriage, relationship with her daughter and her espionage work on the side.

The plot is intriguing, and I liked the way the author links the opening sections with the end of the book and the way Kit tells her daughter about her life.

I enjoyed the characters who drew a variety of emotions from me – sympathy, anger, love – the full gamut.

There are some explicit sex scenes.

This is the first book I have read by this author but I will certainly be keeping a lookout for more.

A captivating family drama about sisters and long-held secrets spanning from the 1930s to the present day, perfect for fans of Downton Abbey.

As the dressmaker puts the last pins in her dress, thirteen-year-old Kit is wondering why she has to go through the charade of seeing her sister Lily presented at Court. With her waves of auburn hair and her piercing green eyes, Kit knows that her sister's place on the social scene is guaranteed regardless of her dress, and as the door to a life of parties and eligible young men opens for Lily, Kit must make do with tiptoeing around the gallery of Chalfont, eavesdropping on the conversations of the grown-ups.

But the arrival of a German visitor one evening soon sets in motion a chain of events that none of the family could have anticipated. Years later, the aftershock of events will be felt by a new generation . . .

Posted by Random Jottings at 10:04 No comments:

Elephant Speak: A Devoted Keeper's Life Among the Herd by Melissa Crandall 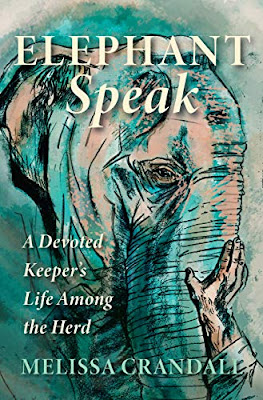 I love reading about interesting people and animals. How could I not love elephant speak?

Melissa Crandall first met elephant keeper, Roger Henneous while she was a volunteer at Oregon Zoo towards the end of his career. The story is based on interviews she conducted with him after his retirement. During the interviews he recounts his life story. Crandall turned these interviews into and an absorbing, emotional and engaging story.

Put simply Elephant speak is the biographical story of elephant keeper Roger Henneous and the elephants at Oregon Zoo. But it is much more. I rarely shed tears when reading but with Elephant Speak there were parts when I openly wept – for sadness and joy.

Roger was born in Iowa. Being raised on a farm he learned early in his life about the importance of animal care.

He was down to earth but insecure with no real goals in life but whatever job he did it was with diligence no matter how boring.

His marriage to RoseMerrie seemed to be a turning point. When Roger applied for a job at the Oregon Zoo, giving him an opportunity to leave a boring job, she supported him completely encouraging him to follow his dreams.

His first job at the zoo in 1967 was as a rover working in a variety of locations and jobs. He thrived on the arduous work and the variety of tasks always demonstrating his compassion for the animals and strong work ethic. In a short time, he was allocated to work with the elephants and takes on the position of head keeper following the retirement of his boss and mentor.

His decision to retire in 1997 from the job he loved came only after a series of devastating losses in both his two-legged and four-legged families, and the pain he went through on the way to that parting is told with sensitivity and compassion.

But Roger is not the only star of the story. He shares the centre stage with his beloved elephants.

We are introduced to the individual personalities of the elephants and the reciprocated love for Roger. Their intelligence, moods, love for the keepers, playfulness, curiosity, and cheeky sense of humour are described so well we develop a respect and love for each of them.

This is not just a bio or an animal story. It highlights the plight of elephants worldwide and today’s conservation efforts to protect them and describes how zoos have gone from a place of entertainment for the public to institutes of conservation and preservation where the animals, not the public, are the priority.

Posted by Random Jottings at 11:57 No comments: 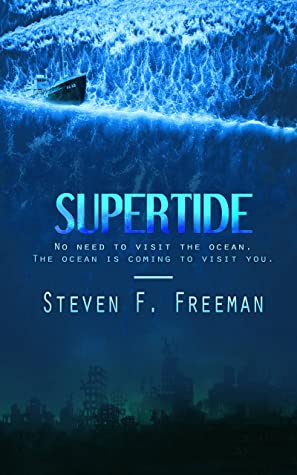 How silly am I? Reading a book about monster tsunamis while house hunting for a place on the south coast of NSW. An area that recently suffered enormous floods – from rain, thankfully, not a tsunami.

Supertide is the story of a tsunami that hits the east coast of the USA, but it is also about two graduate students who attempt to predict future earthquakes likely to cause the next natural disaster. The use of modern technology developed by their professor, but the theories contrast with established methods and not all the experts agree with their predictions. Will they prove their theories before the lager tsunamis hit and be able to warn people living within 100 miles (or more) of the coastline.?

At first I thought the beginning was a bit slow especially having read many of Steve Freeman books that are full of action. However, that gradual build up parallels the tension as development of the tsunamis and the rescue attempts occur.

It is brilliantly written.

While following the work of the scientists, every now and then the story switches to people deciding on whether to stay or flee or those caught up in the disaster. It’s like watching an action movie – going from one character’s experience to the next with suspense building every page.

I don’t know how accurate the scientific side of this story is and I don’t care. As the author says in his end note his goal was to entertain rather than inform and he has taken creative liberties with tectonic theory. However, it is obvious he has still undertaken considerable research.

The characters feel real. I particularly like the main character Macy who battled on with her work while experiencing her own heartaches.

There is an obvious understanding about the nature of people and how they act during a crisis – either experiencing the dangers or taking advantage of the situation for their own ends. But, there are also examples on how people are willing to help complete strangers in an emergency. It is and an excellent study of human nature.

In the final chapters I was pleased to read a tribute to those who survive disasters and those who do rescue and relief work.

Posted by Random Jottings at 13:14 No comments:

Who Cries for Them by Nathan Veerasamy 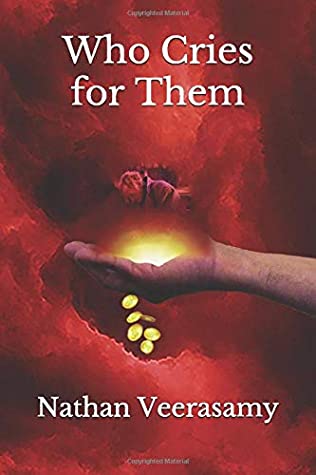 o Cries for Them is the story of a group of homeless men who are frequenters of the Welcome Centre in Ilford east of London.

They come from varying background and struggle with a range of issues. The one thing they have in common is the unknown man responsible for their deaths. As we get to know the individuals we realise there is a link to the time of communist rule in eastern Europe.

Are the men genuine targets from a time of spies and espionage or is someone using their deaths for personal gain?

An intriguing short read that will have the reader guessing.

This work is fictional but inspired by the lives of the homeless in Ilford and marks the author’s tenth year of volunteering at the Centre.

Royalties from Who Cries for Them  are donated to the Welcome Centre, a charity for the homeless endorsed by the Queen and praised by Boris Johnson etc.

Posted by Random Jottings at 15:40 No comments: