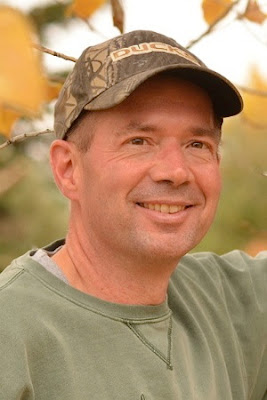 If you have read my book reviews you will know I am a big fan of time travel author John A Heldt. Not being a sci-fi fan I reluctantly agreed to review his first book, The Mine. I was hooked. I don’t believe John’s books fit into the sci-fi category. I see them more as historical fiction but more so as great stories.


John is a great story teller and I am thrilled he agreed to participate in this author interview.

Here's an opportunity to grab two of John's ebooks, The Fire and Class of ’59 sale for 99 cents (Amazon U.S. and U.K. sites) for the next few days. Do yourself a favour and get these great reads.

When did you start writing and why?


I started writing in grade school and continued because I loved putting my thoughts on paper. Many of my classmates hated writing stories, essays, and book reports, but I loved it. I loved the opportunity to create and experiment with words. Even so, I didn't think about writing professionally until I after I graduated from college and began reporting for various newspapers. And I didn't seriously consider writing a novel until the summer of 2011, when I began working on The Mine.


What would you say is your interesting writing quirk?


I don't know if this qualifies as interesting, but when I experience writer's block or need ideas for a book, I often go for a walk. Even if I only walk around the block, I usually return to my laptop with three or four new phrases, ideas, or plot twists.


Where do you get your information or ideas for your books?


I get them from every source under the sun: books, movies, television, music, the news, and real life. I don't think I've written a book that wasn't inspired by all of these things. And when I am inspired by something I see, I make a note of it as quickly as possible. There are few things more frustrating than stumbling upon a great idea and then forgetting about it ten minutes later.


If you could travel back in time yourself, what period of history would you choose?


I would pick Southern California in the late 1950s or early 1960s. I love the music, fashion, and culture of that place and time, which is why I had so much fun writing Class of ’59. That novel, published in 2016, is set mostly in Los Angeles in the spring of 1959. I would not want to go to a setting where I might run into trouble or have a tough time adjusting to my surroundings. I would want access to (fairly) modern medicine and communications. Time travel should be fun — not stressful!


Your work obviously requires hours of research. What do you enjoy most and what takes longer – research or writing.


I enjoy research the most because it is a learning experience. By the time I finish reading about a time and a place, I feel I know it like a native. Writing is more like work. I enjoy it, but it is still work — and it definitely takes longer to complete.


Who are your own favorite authors?


I am partial to many authors. I like how Stephen King, John Grisham, and Nelson DeMille turn phrases; how Clive Cussler and James Patterson construct their chapters; how Nicholas Sparks tackles romance; and how John Jakes approaches history. I was also a fan of the late Vince Flynn and admired, among other things, his efficiency and pacing.


What do you like to do when you're not writing?


I like to take long walks, cook, make homemade beer, watch movies and sports, and listen to audio books. I listen to more books than I read these days.


What has been your most successful marketing tool or outlet?


Nothing beats BookBub for promoting books. It is in a class by itself. When it is unavailable, I turn to smaller advertisers, such as the Fussy Librarian. I also contact book bloggers on a regular basis and maintain a presence on social media.


What advice would you give someone considering becoming an indie author?


Do your homework before you start. Talk to other authors and learn from them. Then, if you decide to take the plunge, go all out. Give your book the consideration it deserves. Read it, reread it, and revise it until you want to run away from your computer. Enlist the help of competent editors, beta readers, and illustrators. Be patient. Set reasonable goals. Take marketing seriously. It’s one thing to write a book. It’s another to sell it in a market where several hundred thousand new titles are released each year. Do what you can to stand out in the crowd.


Do you see your books as a television series?


I don't see them that way, but I do think they would lend themselves nicely to both television and movies. I think the American Journey and Carson Chronicles books, in particular, would translate well to the screen.


Which is your personal favorite of the books you have written?


That's a tough question because I have several favorites and for different reasons. I can tell you that Class of '59, a (mostly) young adult book, was the most fun to write; that Hannah's Moon, based on personal experience, is the most meaningful; that Mercer Street is the most weighty; and that The Mine is the book I would probably enjoy most on a rainy day. If I had to choose one, though, I would pick River Rising. I consider it to be the best of the eleven novels I've published to date.


You have started a third series – is writing a series easier or harder than standalone stories?


Writing a series is harder at first. Then it becomes progressively easier. It's more difficult in the beginning because I have to map out five books and not just one. I have to know how the series is going to progress and end before I start it. For that reason alone, writing the first book in a series is always a challenging experience.


How does your current series differ to the previous two?


The biggest difference is that the Carson Chronicles series features mostly the same people — the Carson family — from beginning to end. The Northwest Passage series is a looser collection, with Joel Smith, the protagonist of The Mine, as the only common denominator to all five books. The American Journey novels share a common time portal, a Painted Lady mansion in Los Angeles, and common time-travel facilitators in Geoffrey and Jeanette Bell, but they are essentially five distinct stories. My third series is a saga that begins in 2017 and follows a modern family through time from 1888 to 1983. Readers will watch familiar characters grow as they experience some of the most memorable eras of the past century.


Tell us about your current work in progress. 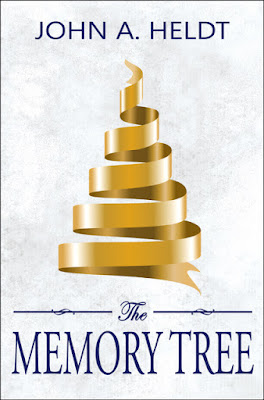 The Memory Tree is the second of five planned novels in the Carson Chronicles series. Set in the summer and fall of 1918, it literally continues where River Rising leaves off — with an armed confrontation in the Arizona desert.

From their home state, the five Carson siblings — Adam, Greg, Natalie, Cody, and Caitlin — and Adam's 1889 wife, Bridget, fan out in search of their parents, Tim and Caroline Carson, whom they believe have also traveled from 1889 to 1918.

Adam and Bridget, who are expecting their first child, settle in Tim's native Minnesota, unaware of a horrific wildfire coming in October. Greg heads to Baja California, Mexico, his mother's ancestral home, and finds both love and danger. Natalie, the journalist, follows a trail to France, where she covers the final weeks of World War I.

Eighteen-year-old twins Cody and Caitlin, meanwhile, travel to Pennsylvania and rekindle a friendship with an 1889 schoolmate, a now-middle-aged woman with a husband and two sons fighting in France. Like River Rising, The Memory Tree is a historical epic with multiple settings and points of view. It is also a multi-genre work that features romance, humor, fantasy, adventure, and suspense.


Thank you, John, for sharing your experience and insight.


If you enjoy a great read, do yourself a favour and grab a John A Heldt book. Below are links to john’s blogs and social media links. If you search for his name, please ensure you include the A.